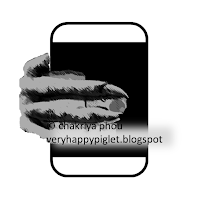 
It was not scary for you, but for me it was.
I had a close friend when I was in first year of university. He named Suon.
Suon lived in a village at Takeo province. Friday afternoon, he usually went to his home town and returned to Phnom Penh on Sunday morning.
One Thursday evening, we did assignment at my house. Then he told me that tomorrow he took day off to visit his parents. He would travel in the morning. I did not pay attention much. I just said okay.
On Friday, I went to study as usual. About 11AM, I felt something strange. I did not know how to describe. It was a kind of sad feeling. About 10 minutes, the feeling was gone.

When the class was off, I walked to motor parking then I thought about Suon. I wondered he would reach home or not yet. I called to his mobile. There was a voice, 'Your calling cannot be reached at this time, please try again later.' I called about 5 times, still could not connect to him.
I was little bit angry. After that I thought maybe the service was not good that's why I could not contact him.
I put phone into pocket. I continued walking to motor parking. Then there was a calling. I took phone and saw it was from Suon. I accepted the calling.
'Hey man, did you arrive home?' I asked.
'No.' Suon replied.
'So, now where are you?' I said.
'I am at pagoda.' Suon claimed. I noticed his voice was weird. It was trembling and very slow. I asked him, 'Why?'
'I'm at pagoda.'
'I know. With who?'
'With all.' He exclaimed. Then I heard noise of people, men and women but I could not understand what they were saying. Sometimes, it was like laughing, sometimes, it was like crying, sometimes it was like chatting.
'What are you doing here? You don't go home?' I asked him. Suon replied, 'I wanted to go home but now I cannot. Hey friend, you borrowed me 2$. Please don't forget pay it to my parents.'
'What? Just 2$ only.' I made joke. Suddenly, I felt a cold wind behind my back and it seemed Suon was flying behind me. I got goose flesh immediately. Then I said, 'Okay, I won't forget.' After I said this, everything turned to be normal.
'I cannot speak anymore. I have to go now.' Suon stated and the calling was disturbed and lost connection.
'What the hell is that?' I exclaimed. I called him. The same lady voice said, 'Your calling cannot be reached at this time,...' I switched it off and put the phone into my pocket. I went to my motor and drove it home.
When I arrived home, my parents were watching news on TV. It was about accident on national road number 3. I did not care. I walked to kitchen to have food.
When I was eating, one of my classmate called me.
'Hey To. Suon was dead.'
'You cannot cheat with such joke. I just talked with him on the phone.' I laughed.
'What? When did you talk with him?'
'Just last moment. About 30 minutes before I arrived home.'
'But the accident was at about 11AM. He died since 11AM. How could you talk with him?'
'Don't play joke with me.' I exclaimed.
'No, I don't make joke. It is also in the news website and TV. The taxi-van tires was broken. The taxi was in fast speed so it was tip over and all passengers and driver were all dead.'
Hearing that, I reminded about the news on TV. I ran to the living room. I watched TV without closing my eyes. The news said taxi-van ran from Phnom Penh to Takeo was tip over and no one survived. The news reported about names of victims and showed the photo of victims. I was shock to see Suon photo. His body and face was not destroyed and his eyes were opened. The report also viewed the telephone of Suon, it was broke into pieces. My head became blank. I got headache and I wanted to faint. I tried to walk, not to make my parents knew. I walked back to kitchen. I sat on chair and I thought about my conversation with him 'I talked with ghost. He died already. That's why his voice was strange.' Then I remembered he told me to pay back 2$ to his parents.
I attended his funeral at his hometown. I gave 2$ to his parents and told them I had borrowed him. Then I contribute money to his funeral.
at October 26, 2018