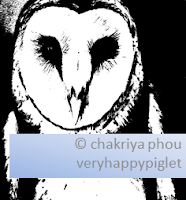 My friend got married. She asked me to help her on second day morning.
In Cambodia, usually, the wedding ceremony was one days and a half. The morning of the second day was groom's processional. The guests had to arrive at the bride's house in the early morning. The processional started at 7:00.Yes, I needed to arrive at my friend's house no longer than 6:00.

At night, I booked salon to make up for me. There was a salon near my house.
I got up about 4:00. I took shower and left home. The sun did not rise yet and there was no moon or star.
In order to reach the salon, I needed to walk straight to the corner and turned right. From my house to the corner it was about 200 meters.
I walked along the road. There were street lights.
There was one house close to the corner, it had Champa flower tree in front.
When I walked nearly the flower tree, I saw three men standing under the tree. They were men, wearing black. Two men stood close to each other and another man stood little far from them. They had no legs. They had faces but were not clear.
I realized that they were not human. I slow down my steps. I wanted to go back home. Then the man who stood far made voice to me, 'Don't be afraid. We are waiting to take person, not to harm anyone.' His voice was like voice of human. Even though, I was fear and did not want to walk pass them.
Suddenly, there was a strong wind push me from behind to pass the three inhuman. I reached the corner of the road. I was surprised but I did not want to care about anything. I walked fastly to the salon.
When I returned, it was about 5:00. There were people came out of home to do walking (exercise). The three inhuman disappeared. I hurried going home and dress up and drove car to my friend's house.
Three days later, an old man passed away. He lived in a house on the opposite of the Champa tree. One week later, another old man died.
After that, I could understand that the one whom talked to me was the taker and other two were souls.
at October 06, 2018