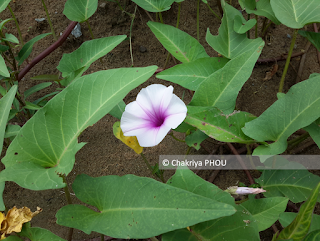 I had sister. My mother loved her because she was youngest but it did not mean she did not love me, she just took care her stronger than me.
I was closed to my grand mother.
When I was young, she usually brought me to pagoda. She was not an official nun but she lived like nun.

Everynight before go to bed, I went to her room. She said what she understood from Buddhas' book. She stated, 'There are two types of persons living in the universe nowaday, earth and wind. The earth has everything, tree, flower, river, mountain, grass etc. And the wind is living on earth and above earth. The wind has nothing even appearance. The wind does not have anything as their own so it can go anywhere with carefree.'
I did not understand her speech but I kept all her words in my mind.
When I grew up, she passed away.
When I was about 25 years old, my parents wanted me to get married but I refused. I loved to be a nun.
My family scolded me that I was crazy. Then they turned put all blame on my grand mother. They throw away her photos to storage room.
Even though, I had to fulfill my wish. I became the nun successfully.
My sister ran ordinary life. She got married and had children.
Since I became nun, I met with my sister twice. First, in funeral of father. Second in funeral of mother.
The first time I met her, she did not want to talk with me. It was not because I did not take care of family nor parents but because I was infamous nun, I was just ordinary nun, no fame, no money. It was different from her. Her husband was rich. He had high position in society. She was wife of higher-man. She was famous. She was known to everyone. She was pretty. She wore expensive dress, brand. She had expensive cars. How could she see me as her sister? If possible, she would not tell anyone she had sister, poor nun.
The second time, she looked different.
As I entered the house, sat in front of mother coffin, I did not recognize her. She sat close to me. I was surprised when she called me, 'Sister.' I recognized her voice. I was shock. She was not beautiful as before. 5 years after father's funeral. What's happen? She changed.
Her hair was gray. Her face was full of wrinkles. She aged more than me.
I touched her hand. She teared.
After, we went to mother's room, sat on her bed and chat.
'You look so tired.' I stated.
'Because of life,' She claimed. 'I was happy with my fame. I was glad with my success. I enjoyed. Meet obstacles, I fought. Meet problem, I solved. Days by days. I thought I was strong woman. But I awake now.'
She took deep breath and continued, 'For 15 years, I live my life like other women. I thought you were wrong and insane to become nun. I felt it was a waste of life to practice Dhama in front of stone statue everyday. I just awake. I have solved problem my kids created. I have solved problem my husband met. I have solved my business matter. I have solved problem in life and work. The pretty girl of last year, become old lady. The strong woman of last year, stay in hospital bed for 3 months.'
I listened to her silently. I just knew that she got stress because of her kids, family issue and business issue. The pressure made her unconsciousness. She was sent to hospital. It was fortunate she was cured on time or she would be in persistent vegetative state. My heart was in sorrow after hearing of what my sister had met.
'Now, I admire you. You choose the right way, sis.' She said. I patted her shoulder.
We organized the funeral until it finished. Before I left, I said to her, 'You can come to me any time. I welcome you.'
We embraced and I moved my step.
On the way back to my shelter, I reminded my grandmother's word. I could understand hers now. My sister was like the earth. I was like the wind because I was not yet enlighten. If I became enlighten, perhaps I would be the light or other, not the wind.
at March 20, 2019