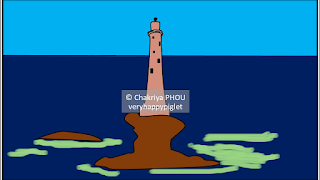 It was like a dream. I can still remember it.
Early of January, I was on the plane. I finished my mission and came back to my homeland. New year already passed; I could not celebrate new year with my family but I wished to celebrate Lunar New Year with them.
I bought a lot of gifts for everyone including my friends.
It was a long trip. I could not help, I was tired, I slept.
I did not have dream. Just slept.
Chatting sound awoke me. I opened my eyes slowly. The people sitting next to me were talking. I did not understand. It was not English. I did not know any language besides of English. Their faces showed worry.
I did not notice. I wanted to go to bathroom.
My jacket was on my legs. I took it. Before I got up, I checked in jackets' pockets, my cell phone, passport, money were in there. OK, good.
I pardoned the ladies and walked cross them to the walking path. I went along the path to the back of the plane where the restroom was located.
It was lucky. No one in there. I went in.
When I was doing my job, a plane started to swing. I finished then I stood up.. the plane swing again. This time it was strongly. I tried to open the door but I could not. It swing so strong. Then I heard BANG...

Three months after, I got news that Marina Lisitsyna passed away. The night before she died, she told her children that her father and mother were coming to bring her home. She left with smiling and holding the necklace in her hand.
at April 07, 2019