Congratulate For Him, Cry For Myself 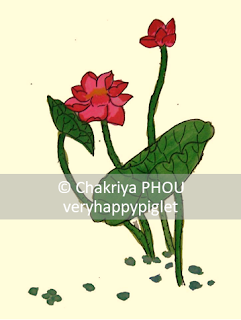 
I, Soki, Amret and Mono were classmates. After we graduated, we kept in touch.
March, 01, 2020 four of us just met and had dinner together. We chatted. We joked. We had fun. It was happy time for us as men.
Three days later, I called Mono and got information from his family that he passed away.
It was a shock. I was told he was sick for several months and he just died on March, 03.
I hurriedly called Amret. He was sad to hear that. Then I called Soki. When he learnt Mono was gone, he laughed. Moment later, he cried. I thought he became crazy because he could not accept that his friend left fast like this. I let him finish and I asked him.
'Why you laugh?'
'I was happy for our friend,' Soki said. 'He goes to peaceful place.'
'Why you cry?'
'I cried because I was sad  that I have to live longer in this world. Long live, more suffer.'
I could not say anything besides of 'OH!'
at March 07, 2020