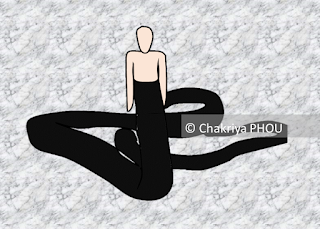 It had been years that I decided to build up my cave and stay there. It was because I was scared of human.

During my staying inside the cave, there were many knockers knocking my door and told me, 'Come out and see the world. There are still many good people. Don't give up if you just met few bad persons.'

After, I thought to myself that perhaps I looked at the world and people negatively, perhaps I was wrong, like the knockers said there were bad and good people, and there were a lot of good people outside.

So, I decided to leave the cave. I wanted to give myself a chance to believe once again that in this world, there were having good people.

I opened my door slowly. I stepped my feet out.

Em, the sun light, the tree, the bird, the wind.. they were good.

Then I heard a voice.

It was voice of human.

I was excited to hear and to meet human face to face again. I really hoped that they would be my friend. I turned my head towards owner of sound. When I perceived them, I opened my mouth and eyes.

Before my eyes, it was a person, human, but half of body was snake.

What's going on? I thought.

When I was in shock, another person appeared. They were in half of wolf.

'Why! Why!' I said. I could not believe with my own eyes. What's happen?

Next, several people arrived. Oh my gosh, I shook my head. They were in half of animal, pig, dog, cow, horse, bird etc.

They smiled at me. They came to near me. And they uttered, 'Come with us. Don't go back into cave.'

'Why all of you become like this?' I spoke.

'Ha ha ha.' They laughed. 'I think you stay in cave for too long, that's why you don't know anything. Now, we are developed. Human are advanced.'

'At present, not all but not long, all will become like this.'

'Come on. Don't do like this. It is normal. If we don't change, we will not able to survive in this world. We have to change. We have to transform. Come with us, friend.'

They all smiled at me and they stepped closer to me.

I walked my feet backwards. I scanned all of them. I could see they were not sincere. They called me friend, but I could see their mind, they wanted to eat me.

'Sorry, I don't need friend.' I said. Then I ran fast back into my cave and closed the door.

My body was vibrated. My head still saw what I had seen last moment, and I was so frighten.

Before I had come into the cave, they were human with animal-shadow, now they became half animal, it was worse than I ever imagined.

I took a blow. I looked around my cave. Then I said, 'I better stay here forever. In this cave, at least, I will be saved from them.'

After that, I never left my cave and I never thought of leaving it even a step. 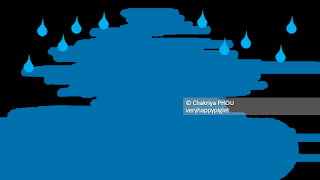