When team leader creates bad rumor behind you 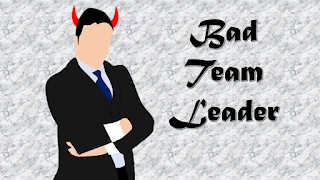 It is my experience in the office and it is my personal way to solve the problem as well.

I hope the readers take as an idea, then edit due to your own situation.

I passed and got a job as an administrator in an organization.

Mostly, the male colleagues did not stay in the room. Their jobs were outside more than in the office.

All the time, I stayed alone.

It was boring, because there was no work for me.

I wondered, and I even asked the female colleague. She said she did not have an idea; she told me to ask the team leader by myself. Then I went to the team leader; he said there was no job yet, if there was any job related to me, he would give me. After hearing that, I went back to my room.

Few weeks later, still no work. However, I did not have any thoughts about this matter.

Then, I heard a colleague from a different department telling me that in the organization, people talked about me; they said I came to take salary for free. When I heard that, I was surprised. I told myself I could not believe it easily. I went to other colleagues - they said the same. I was frustrated. Why did they say that? I continued searching, and I was shock to find out that the person that created rumor about me was my team leader - he wanted to keep the position for his relative, but I came before; therefore, he gave bad mouth about me; his plan was if the words reached ears of the boss, then I would be moved away.

At first, I was so angry. I wanted to go to him and asked him directly. But I tried to calm down and thought, 'He was the team leader. He worked for many years. His image was bigger than mine, and he was my manager. If I harassed him, people might not believe me and it could damage my image. I could not fight with him like this.'

After thinking, I stayed calm and kept myself in my room as usual.

During that, I was thinking about what I should do.

I collected the information, then I made analysis:

What people were thinking about me was I did not work, I came to the office to sit, and got a salary. If so, I should show I had work, but the team leader did not give work to me; his tactic was to make everyone see that I have a lot of free time. I could ask for work from other departments, but I heard from my female colleague that the team leader hated staff under his control doing work without telling him - if any department wanted to give work to members in the administration office, they had to ask permission from him. Hearing that, I felt I could not go to ask for a job from others.

I thought and thought, then I got an idea, 'He does not give me work. I cannot work with other departments. But I can create my own work.'

The organization's working hour was 8:00 AM.

My room was considered a storage of documents. I checked and found a key. Older documents were placed in the folder, but there was no name list of the document and number of folders. So, I created a list to insert kinds of document folders and numbers of each kind folder. I did not do all, I just noted a few only into the list. Then I printed it and placed in a paper folder.

I waited until 9:00 AM, then I carried the paper folder and walked out of the room.

I went into the room of another department. I went to say good morning and had a quick chit-chat then I got out, and went into another room. I did like in the previous room. I went to about two or three rooms, then I returned to my office.

About 11:00 AM, I went out again. I went to a room in another department, but different rooms in the morning. And I did not forget to carry the paper folder in hand.

In the afternoon, I re-did.

In a day, I went out four to five times. I went to different rooms inside the organization.

In the evening, I waited to leave late, and I chose to go at the same hour that senior or higher position colleagues left. I usually created a face meeting with them on the stairs or at the exit door.

I practiced every day.

People did not say anything at first. After a few days, they spoke to me when they saw me at the door, "Why haven't you gone home yet? It is late. You have a lot of work?"

I did not reply, just smiled.

Later, a number of people began to notice me.

When I went to say good morning, and I left quickly, they said, "Why so hurry up?" and I said I had to go to this room or that room. After hearing that, they stated, "You look so busy." I did not say. I just gave a smile. Before I left their room, I held the paper folder in my hand. I wanted to show them and I wanted them to see that I was working; the paper folder was a proof.

This tactic worked. People started to doubt what they had heard. Their eyes at me seemed to change. I could see my appearance in their eyeballs was brightening and I could see they smiled at me much more.

Also, I could sense my team leader would hear about me and he would question what work I was doing when he did not give me anything. I guessed he would come to me to check by himself.

I did not fear. I prepared to welcome him.

I practiced my show like usual. When I came back to my room, I updated my list.

Then the team leader appeared. He came into the room and saw me typing. I smiled and greeted him normally. He asked what I was doing. I told him I was classifying documents. He walked close to my table. I knew; I prepared already; I set paper folder with the print-document-name list on my desk. He came near then opened my folder - he wanted to check if I was doing the job of others without informing him, he would be able to blame me or used it as an excuse to kick me out of his team.

"What is that?" He said when he read the list.

"It is a name list of documents," I said.

"Where do you get them?"

"They are here," I told and pointed to folders in a metal cabinet in the corner of the room.

"No one. I do it myself. I am bored, so I want to find work to do. And I think this is good to manage and control if any document is missing."

After hearing my claim, he was quiet, then he went out.

When you meet a bad team leader, don't try to confront them. You should calm down. You should collect information from colleagues including what they talk about you, what rumors they produce against you. You have to collect from many people, don't listen to just a few people. Try to get information as much as possible. Also, you should find information related to the team leader, such as their personality, their way of work etc.

After, create the opposite performance, from the rumor, of yourself to the colleagues. No need to tell them with words, show them that you are not like the rumor says.

Don't forget your master plan before you take action. Prepare and organize everything by using the information you've got.

Remember, in this situation, don't leave a mistake or weak point for the bad team leader to catch or your effort will be ruined.