30 years, I've got answer to question 'Why JP can pay debt and become rich fast' 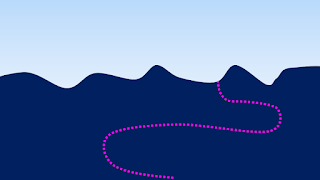 When I was a kid, I saw Chroy Changvar Bridge was cut.

When I was about ten years old, King Sihanouk had returned to Cambodia. Then the bridge was built with help from Japan - nowadays, the bridge is called Cambodia-Japan Friendship Bridge.

I asked teacher, who taught me English, why Japan helped Cambodia. He said because Cambodia ever helped Japan. He told me that Japan was in big debt after WW II. Japan had to pay to many countries, including Cambodia, but King Sihanouk did not take. He added that though the debt was a lot, but Japan was able to pay and became developed country in short time.

I asked how Japan could pay the debt and became rich fast; my teacher did not answer.

I tried to ask other, no one could reply.

I kept in mind. I promised to myself to find answer to this question.

I read book, I searched internet, I asked, I listened, still I could not find correct answer.

Thirty years after, I find the answer.

On September, 26th 2021, my sibling told me that there was an American professor; he had created Total Quality Management (TQM). Japan had invited him to instruct people, and Japanese people followed the strategy, and yes, in just a blink of eye, they could pay all debts and became developed country in the world.

I am so surprised to hear about that.

Well, it is not just about to answer question. I wait for the answer because I want to learn and I want to apply into my living.

Yes, after I got the answer, I decide to put TQM, by choosing 5S to apply into my work routine.

Let see how effective the strategy is.