The ant is my another life teacher 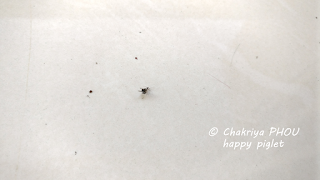 By chance, I see an ant in my balcony.

It is carrying a mosquito body in its mouth.

It is tiny, and the mosquito body is bigger. Though, it does not give up its food.

It carries mosquito body about six decimeters to reach foot of the handrail. During that, it stops several times. I think it is taking a rest. 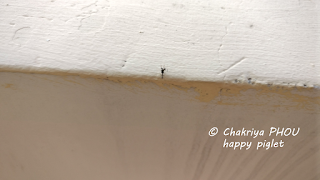 The food is bigger, and I bet it is heavy too. However, little ant does not abandon and it does not call for help. It does by its own self. Sometimes it rises, sometimes it drags, until it arrives at the foot of handrail.

It does not stop there. It drags/carries the food up the wall of handrail until it reaches top of the handrail, then continues carry its bread, I think, to its home. 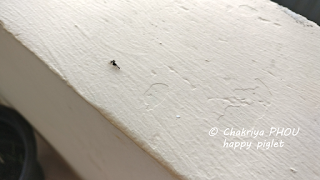 Well, this little hero gives me an instruction related to living.

If I want to reach my goal, I have to work hard and don't give up easily though the way is difficult. Furthermore, be flexible - like the ant, sometimes carries sometimes drags.

Posted by Chakriya PHOU at October 22, 2021
Email ThisBlogThis!Share to TwitterShare to FacebookShare to Pinterest
Labels: Self Made-Self Motivation