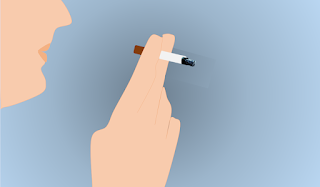 Smokers like to say it is hard to quit smoking.

I don't think so. Because I have seen a sample.

My grandfather, when he was alive, was a smoker. Base on my memory, he did more than two packages a day.

Since I was young till I was about ten years old, I saw him smoke. I was told that he did smoking before I was born.

Not only him, my two uncle-in-law smoked also.

Three of them were told to quit smoking; the two uncles said they would try hard to quit; however, they failed, and they smoke till today.

When my uncle told him to quit smoking, he said, "Fine. Tomorrow, I stop smoking."

Everyone was surprised to hear that. All his kids did not believe. They said to him, "Don't force yourself. You can reduce step by step."

"No, I said tomorrow I'm going to stop smoking, and I'll do," my grandfather confirmed.

Actually, no one believed him, but they did not speak.

And yes, start from next day, I did not see him smoke - until he passed away.

Everyone is surprised to see that, even my two uncle in law; no one expects my grandfather to be strong like this.

I witnessed my own eyes the legend of my grandfather when he determined to quit smoking. And I consider him as my idol or can say my hero.

Because of this example, I don't think that quitting smoking is difficult. From my point of view, it's smoker, themselves, that does not want to quit. If their mind is high commitment, they can stop. But because they don't want to throw away the smoke food, that's why they cannot quit.

Well, it is hard to force someone to do what they don't want to do. However, I hold wish in my mind that people will understand the significance of stopping smoking. It is not only for them, but also for their family, their next generation, and human and the world. When they sense the importance of no smoke, then, I believe, they will stop immediately, without complain.

Please, everyone.. heal the people, heal the world - by no more cigarette smoke.

Posted by Chakriya PHOU at November 29, 2021
Email ThisBlogThis!Share to TwitterShare to FacebookShare to Pinterest
Labels: Self Made-Self Motivation 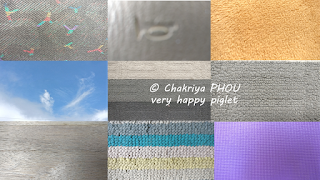