Now, I would like to introduce about eight traditional Cambodian sweets, including dessert and cake.

I cannot describe much because I am not skilled in making - say honestly, I love eating, not cooking.

Most of the names of the sweets, I use the original Khmer name. 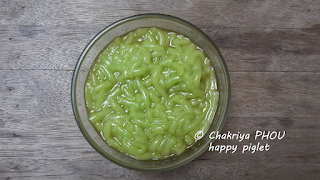 It is made of rice.

To get a light green color, it is mixed with panda leaves.

It is bland, so it is served with sugar sauce. It is best if the sauce is made by palm. 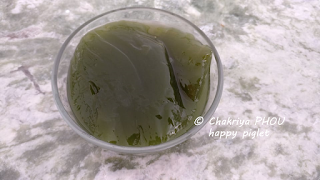 It is made by a kind of plant in Cambodia. The plant is called Prakrong, that's why the dessert is named after it.

It is soft and a type of dessert to release heat inside the body. This one is popular among old people.

Eaters can eat it bland or put sugar, or sugar sauce. 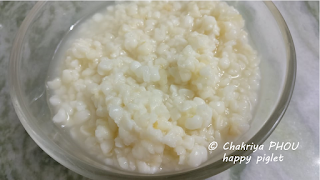 Ta pe is the name of a dessert of Cambodia that is made by fermented black sweet rice. It is a kind of alcoholic dessert; if you eat too much, you will be drunk.

Ta pe can also be made by corn. The taste is quite a little bit different, but you cannot escape from being drunk if you eat it much.

Most people feel burns inside that cause them fever or headache. 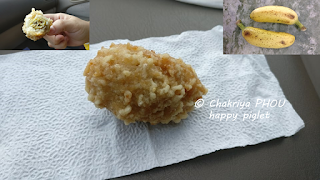 It is made with sticky rice, wrapped around a piece of banana, and fried in hot oil.

Most of the cakes in Cambodia use Namwa banana, but this one uses a kind of banana called 'chicken egg banana'. 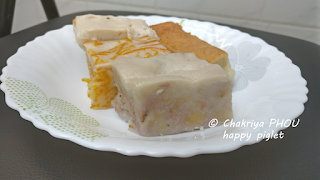 So, it means 'stirring banana cake'.

It is made from Namwa banana, coconut milk, and sugar. 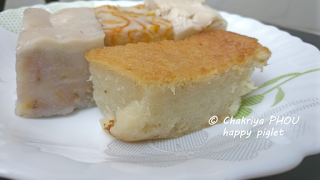 I don't know how to explain in English. It is the original name in Khmer language of this cake.

This sweet is produced by one kind of sweet potato of Cambodia. 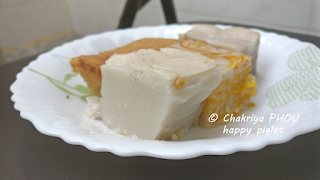 It is like stirring banana cake, but it has no banana. 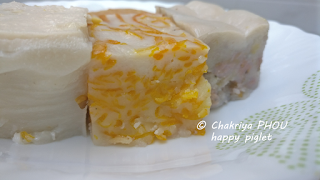 It is a sibling of stirring banana cake. Just use pumpkin instead of banana.

There are a lot of Cambodian traditional cakes; however, I cannot describe them all in this one page. Let me find out and indicate to you later. 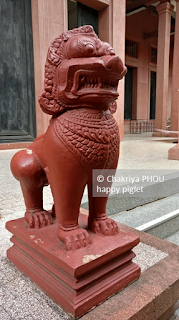 T here was one day LinkedIn notified me of the article of a business woman.  I didn't know her until I saw her last name, I checked then I realized she is the sister of Facebook, now Meta's owner.  I followed her but later on I wondered why I became her followers - because I liked, because I wanted to use her to get noticed, or because she gave me inspiration. Neither of them. I decided to unfollow her; I will wait for the day I have a sincere and clear goal to follow her, then I will follow her. Well, before I clicked unfollow, I was inspired by one thing. She had an article and at the bottom there was a video link. As I clicked it, it linked me to a video but it was not new - it was her voice reading that article. During the early days of the pandemic, the schools were closed and studied online. One of my nephews was at kindergarten and because of that, he couldn't read or write.  When I visited him, he liked me to read a book for him. I found he liked readin
Read more​ »