A strange and cute caterpillar inspires me a topic 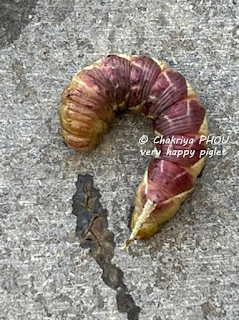 Do you know all names of the animal in this world?

I don't think so.

There are many. So many. Even a small
creature such as caterpillar, there are various kinds of it.

Like this one in the photo,  I called it a worm. Then my friend who is owner of the photo told me that it is a kind of caterpillar and it is called, in Cambodia, red grasshopper lava worm.

According to my friend, it was found near dog's cage inside her house. She had kicked it out of home. Two days later, she went to yard and found it was dead, and ants were groping it. 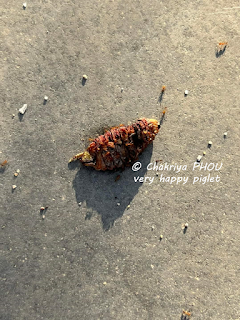 In fact, I find it is so cute. And because of it, a topic of article appears in my head. I am thinking to collect image of nature and post on my site.

I am contacting with my friends to help me - because I cannot get out of home.

It spends time and effort. However, I want to do it and I am making my way.

Posted by Chakriya PHOU at January 13, 2022
Email ThisBlogThis!Share to TwitterShare to FacebookShare to Pinterest
Labels: Self Made-Self Motivation