In order to reach it, you have to go along National Road 2.

Wat Preah Theat is very beautiful. The infrastructure and the style of temple is awesome.

There is a temple in the pagoda. It is in red. The temple is not opened for visitors. It is for the monk, Buddhism practice, on day 8, 15, moon phase calendar. 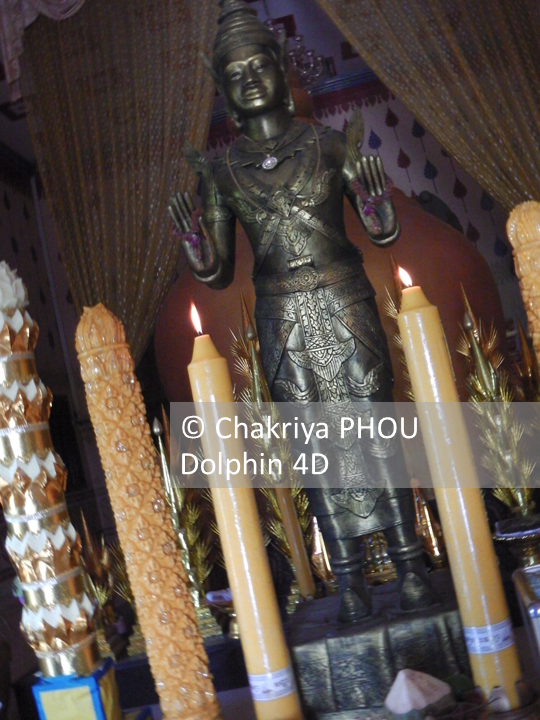 There is another temple, very famous. Most of people go there to ask for help. It is called Vihear Bomnon - Pray (or vow) Temple.

The temple is believed to ask for success in, having kid, exam, business and career etc.

The Pray Temple has historical story of Cambodia. It is connected to Khmer tales, King Bayonkor.

At that time, there was no pagoda. Where the temple is built, it was just a hill.

When the king had taken his wife, the Fragrant Hair Queen, escape from Thai troop, his ship had arrived at the hill. He had prayed that if he could be safe, he would shave his hair for the Buddha. Then he had continued his journey. Because of that, the hill was called Pray Hill and when the pagoda was built, the villagers built the temple and gave named after the hill, Pray Temple.

This temple is the old one among other temples inside the pagoda.

During Pol Pot regime, all temples were destroyed including pray temple, but there is a thing inside the temple that Pol Pot soldier could not touched. It was stupa. 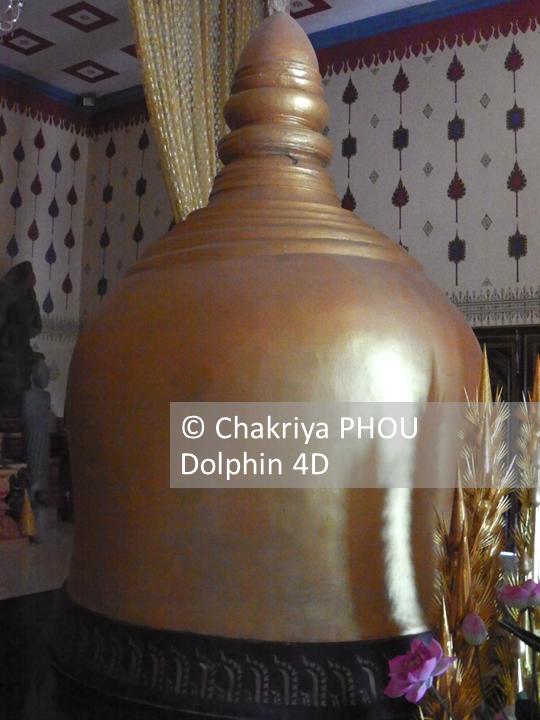 The stupa has relics of high-ranking people in the past, especially Khmer generals, so the stupa is believed to have magic. No one can destroy.

The pol pot soldiers tried to destroy the stupa but they usually got weird accidents; hence, the head of soldier ordered to leave the stupa alone.

Whole temple was removed and the stupa was left under the heat and wind.

When Cambodia was in peace, the temple was re-built. 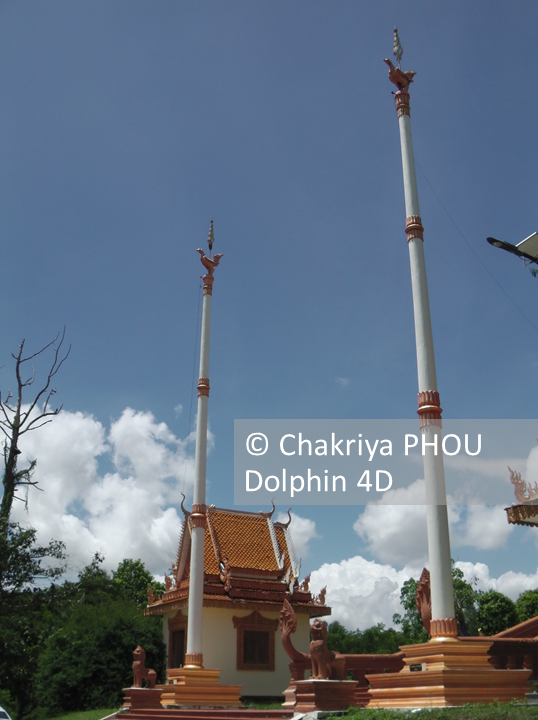 In front of the pray temple, there are two Buddhism flag handles. The handles are known having magic too.

There is saying that handles are powerful, no bird could fly above, especially crow; it would come down, walk step by step till pass the two handles, then it would able to fly. It is believed to be true because there are eldest villagers that ever saw by own eyes.

Even the monk and priest in pagoda said it is true story but the power is with old handles; the handles nowadays are new, it seems no magic anymore; as for the power of the stupa is still remained.

Well, if you visit Cambodia, please try to get to Wat Preah Theat. You will amaze if you see with your own eyes.

Posted by Chakriya PHOU at February 24, 2022
Email ThisBlogThis!Share to TwitterShare to FacebookShare to Pinterest
Labels: Travel