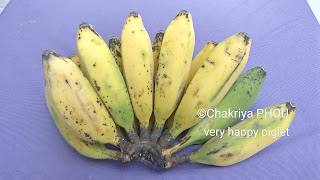 It is named after its shapes.

Look at the photo then you will see reason behind its name clearly. 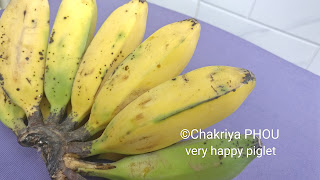 This banana is fourth ranked of banana popularity in Cambodia - first is Namwa, second is Ombong, third is Pong Moan.

Mostly, snarb muk is used to be sweet.

It can be boiled.

It can be milky banana dessert.

It can be caramelized banana. 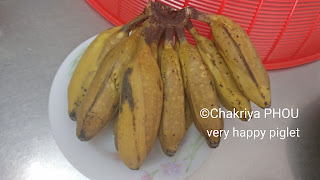 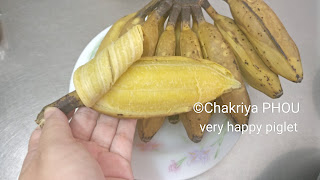 These are what I have known about snarb muk.

If you tour in Cambodia, don't forget search for this banana. It is not tasty unless you make it like I mentioned above. However, you can try both fresh and cooked snarb muk.