Tiger And King Of Hell 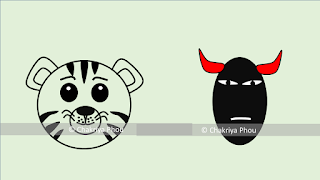 A tiger died. Its soul went to underworld. It met with the king of hell.
The king of hell opened scroll to see what tiger had done while he was alive. Then he said to the tiger:
'You go to 18th hell.'
'Why?' said tiger.
'Because when you were living, you killed animal for your food.'
'If I did not kill, how could I survive?'
'You could survive by eating fruit or leaf.'
'If I were born to be animal eating fruit or leaf, I could eat. But I were born to be a meat-eating-animal.'
'Then you could eat dead animal.'
'Hey man,' tiger stood up, 'I was not Socheata.'
The king of hell, '!!!'

Note : Socheata is one of Indras' wives, king of heaven. In Khmer literature, Indra has 4 wives, Socheata is first wife.
When Indra was a human, he did a lot of good deeds. The three wives joined with Indra. Only Socheata thought that her husband did good deed, he would received fortune and  she would receive the same; therefore, she did not do anything, just stayed in house.
When they died, Indra became king of heaven and three wives became his wives at the heaven. Only Socheata was born to be a heron. Indra was pity her so he came to tell her to eat only dead fish. The heron followed his instruction. She maintained 5 precepts, for many lives. At last life, she became wife of Indra, the first wife, living in heaven together with the Indra and other three wives. 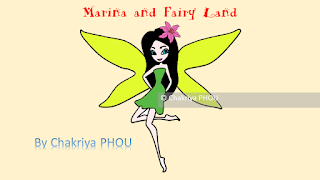 I have read fairy story and I like it
I don't know that it is real or not but I think it is awesome.
Obviously, this story is not Khmer literature because we, Cambodian, don't have such fairy in our literary. I just inspired and make a story to entertain readers.
The story is my creation. If it resembles other writings, it is purely coincidental.
Honestly, I am not skilled in drawing. I draw line on picture and edit.
Let me apologize for any mistake in the story.

Marina, a young girl, 10 years, sits in car back seat, with her three cousins, two boys and one girl. They are all playing and laughing. Her, she holds her book and sits quietly.
Her parents go to work abroad for 5 days. They keep her with Thary, her aunt and her family. They are going to have vacation at grandma's house at rural. She needs to go with them.
They arrive at the vacation house.

The Most Crazy World 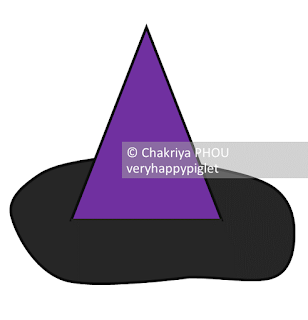