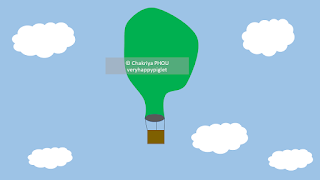 There was a family, father, mother and four children. First kid was a daughter, others were all boys.
Time passed. The parents died. Their heritage was a mountain.
The mountain had 4 parts, foot of mountain, ledge, shoulder and summit. All parts had house, only the summit had a broken hut.
The brothers told their sister, 'You should stay at summit because you are the eldest.'
Sister agreed silently.
Youngest brother asked land around at foot of mountain. In his opinion, when his sister and brothers walked up, they had to pay him.
Third brother asked for ledge. He thought he paid to the youngest but got paid from his older brother and eldest sister.
Second son asked for shoulder. He thought at least he could earn from his eldest sister.
After division, they went to stay in their properties.
Morning, they waited. Second brother waited for eldest sister to come to pay for traveling path.
Third and forth son waited too.
The whole day, the eldest sister did not appear.
The three wondered. They came to discuss with each other.
'She does not go to market?' said youngest.
'She should or she does not have thing to eat,' said third.
'We should go up to see her,' said second.
All three agreed. They went up to mountain.
On the mountain, nothing besides of grass and hut. They went into the hut. They found only a letter on the ground. They read. It was from their sister.
'Dear brothers,
When you read this letter, I've already gone.
You all are my beloved brothers. Still, even you do anything to me.
I know all of you think of got payment from me if I walk cross your land. You think the hut has nothing. But actually parents had kept a balloon inside. It can fly to everywhere. I know because I had helped our parents made it. Now, I am flying around the world.
Hope you guys live happily.
No see you again.'

How I and my husband met.
It was like a movie. Talked about it, it was funny.
Incredible love.
We met because of letter box.