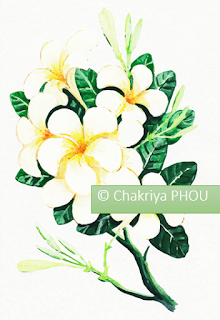 written by Chakriya PHOU
illustrated by Thy OU

There was a family, father, mother, daughter - named Solei - and son. They lived in a small house. Inside the yard, there was a tree of Jampei flower.
Mother of Solei usually prayed to spirit of Jampei.
Years after, the parents died, leaving Solei and her youngest brother. Before die, mother of Solei told her not to forget pray to spirit of Jampei.
Solei respected her mother word. She prayed Jampei spirit everyday. 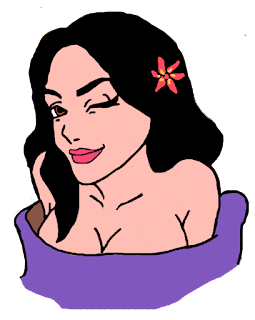 'Get in.'
I was dragged into a house. Big house.
I wanted to run cause I knew not good thing would happen to me, but I could not. Two big strong men walked sides me. Each of them captured my wrist tightly.
Oh no. I am in trouble now.
I walked, not easy, following their lead.
They stopped before a door. I stopped too.
One of them knocked.
My ears were cautious. There was a sound coming from that room.
UGH. UGH. UGH.

How Can I Tell You? 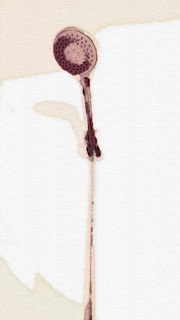 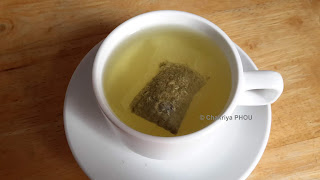 I was asked why I stayed single. Mostly, I stayed quiet because I did not know how to reply.
My life...
Since I was kid till I aged over than 30, I always heard my parents say, ' You owe me. In this life, you will not be able to pay me all, so at least pay me some.'
What did I owe them? They gave birth to me, they fed me, they looked after me, they protected me, they spent money to raise me including dress, food etc and they sent me to school. There were more.
So, I had to pay some of my debt as they said by following whatever they told me to do. Could not object.
Because it was called family honor, that's why I could not express to outside.
I could only wishper in writing.
In my opinion, if I got married, I would have kid then I had to take care of family, I would have no time to pay my debt to my parents. Moreover, I did not want to do, what they did to me, to my kid.
at April 06, 2020 No comments: 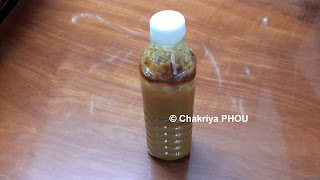 Honeybee is one of natural sources in Cambodia. Well, though, there are still cheaters selling fake honeybee to people. The honey bee - in bottle - is mixed with sugar.
After, citizen believes that if they want pure natural honeybee, they need to go to forest and ask beehiver to take beehive - from the forest - for them. But still, some beehivers cheat by injecting sugar juice into beehive - while they are in forest - and hand beehive to customers.

Sok and Mao were friend. Sok lived in province and Mao lived in Phnom Penh.
One day, Mao visited Sok at his province. Sok took his friend to market. There, Mao saw honey - in plastic bottle - and he wanted to buy for his wife. Sok told him that, 'That honey is fake. If you want to find pure honey, you have to buy at forest. I know someone whom goes to take honey from forest. I usually buy from him.'
After hearing, Mao asked Sok to bring him to see that guy. Sok took Mao to meet him. Sok asked that guy to take honey for Mao and the guy agreed.
Three of them went to forest. The guy went into forest and Sok and Mao waited at edge of the forest.
Half an hour later, that guy came back. In his hand, there were natural beehives.
The guy squeezed honey from beehives into empty pure drinking bottle.
Mao was happy that he got pure natural honeybee.
He, suddenly, remembered that he did not ask price so he said, 'How many?'
The guy stated, 'One bottle is 50 USD.'
Mao heard it. He wanted to make joke with him so he said, 'Why is it expensive? White sugar is cheap now.'
Then the guy claimed, 'My beehive does not use white sugar. I use palm sugar. You know, palm sugar is expensive because nowadays there is few farmers produce it.'
Hearing his claim, Mao opened his mouth. Also Sok.
It means it is not natural beehive even, see with own eyes, it is taken from the forest.
at April 05, 2020 No comments: 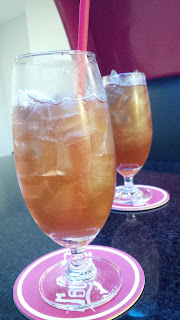 I did not open friend group for several days.
Tonight, I was online. I saw many photos and chat messages. My friends - in group - have chatted.
'I attended Rani's funeral. Also, her 7 days funeral.'
'I attended only her 7 days funeral.'
'I did not see you.'
'I went at evening. I took time after I left office. I felt pity her.'
'Yes, I pitied her. She is our friend. She passed away at young. So pity.'
'Very sorry about her.'
'I read her chats in our group. I miss her.'
'I offered $ 100 to her family.'
'Yes, I miss her.'
I read their chat. I looked at their photos. They were at funeral, but - I wondered - they smiled when they took photo.
Well, they continued their chatting.